There Should Be More Mergers 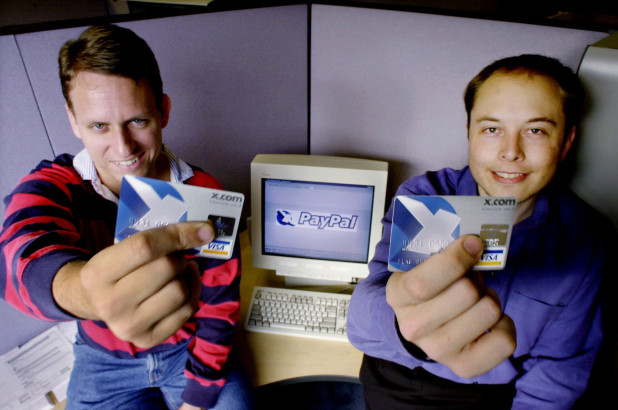 In February 2000, Peter Thiel and Elon Musk met at a cafe on University Avenue in Palo Alto to discuss merging Confinity and X.com, their respective companies. Here is how Thiel tells it in Zero to One:

If you can’t beat a rival, it may be better to merge. By late 1999, we were in an all out war… the focus was defeating X.com. In February 2000, Elon and I were more scared about a rapidly inflating tech bubble than we were about each other: a financial crash would ruin us both before we could finish our fight. Sometimes you do have to fight. Where that’s true, you should fight and win. There is no middle ground.1

PayPal went on to become a powerful company that today has a market cap of $140 billion. We’ll never know what would have happened if Thiel and Musk hadn’t agreed on a 50/50 merger. There is a realm of possibility including the unspoken idea that both companies survived and competition drove innovation – something to keep in mind.

In recent years, I’m surprised that there aren’t more mergers of the same kind. Not paltry acquihires, but rather taking two companies that are otherwise forces with strong teams that would mesh well together.2 It’s possible to object with a claim that maybe a weaker company ought to die out; however, we continue to see Y Combinator fund competitors who don’t seem to come to the realization that merging is an option. Y Combinator doesn’t fund ideas, it funds founders, and so it doesn’t follow that “the weak die out” unless Y Combinator was mistaken in their assessment of accepting founders into the accelerator.

One of the earliest examples of this that comes to mind is Balanced Payments, which launched in 2012 a couple years after Stripe. One of the distinguished features of Balanced was an API that allowed developers to integrate marketplaces. Stripe eventually added this feature, but Balanced was reportedly processing $370 million a year in early 2014.3 In 2015 Balanced shut down, and Stripe’s co-founder Patrick Collison called it “bittersweet."4 What’s interesting is that Balanced and Stripe are both Y Combinator companies. Presumably they each had equal access to the resources and advice Y Combinator provides. Without knowing the details of the shut down, it seems odd that the company wouldn’t merge with Stripe. Were they drowning in lawsuits? The value of the merger wouldn’t exceed the cost of merging? Stripe’s valuation dwarfed Balanced’s?

Y Combinator seems to be the perfect place for mergers. Every winter for the past three winters, Y Combinator has funded a podcasting company. In winter 2017, Breaker. In winter 2018, The Podcast App. And in winter 2019, Brew. TechCrunch even makes a note of this:

The accelerator still admits many international copycats of U.S. successes, and YC is also repeating itself a bit. The Podcast App pitched the exact same product and strategy as Breaker, which debuted at YC exactly a year ago.5

So, great! Admit them. Advise them. Shower them with resources. But why not suggest a merger at some point? Is there room for 3 podcasting apps? In addition to these there is Stitcher, Marco Arment’s Overcast, and the native Podcast app (on iOS at least). So many apps in such a small market is inefficient.

One more instance of two Y Combinator companies that would be fit for merging are Yoshi and YourMechanic. YourMechanic started out with a bang; they built something people wanted and had some excellent blog posts which marketed their product, but somehow the leadership disappeared and the company appears to have gone sideways. Yoshi started out with fuel delivery straight to your vehicle, but quickly encroached on YourMechanic’s market. It seemed obvious in recent years that these companies combine forces and merge. Instead of a single, efficient mobile mechanic workforce in the Bay Area, for example, there are two workforces and the overhead and marketing costs that go with them yielding less margin for profit (if any!).

Yes, it’s hard to know whether mergers in any of these instances are a good idea without knowing the details of the companies and the cap tables that go with them. But what’s surprising is that we rarely – if ever – see a TechCrunch headline announcing that two companies have joined forces. It’s even more surprising that we don’t see this from Y Combinator given the prevalance of companies they fund in similar markets.